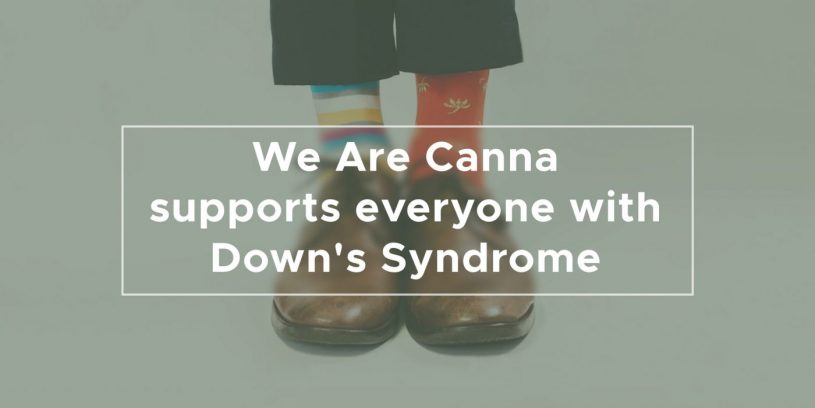 Recent data suggest that the endocannabinoid system (ECS) may be involved in the glial response in different types of brain injury and patients with Down’s Syndrome. Both acute and chronic insults seem to trigger a shift in the pattern of expression of some elements of this system from neuronal to glial.

Specifically, data obtained in human brain tissue sections from Alzheimer’s disease patients showed that the expression of cannabinoid receptors of the CB2 type is induced in activated microglial cells while fatty acid amide hydrolase (FAAH) expression is increased in reactive astrocytes. The present study was designed to determine the time-course of the shift from neuronal to glial induction in the expression of these proteins in Down’s syndrome, sometimes referred to as a human model of Alzheimer-like β-amyloid (Aβ) deposition. Here we present immunohistochemical evidence that both CB2 receptors and FAAH enzyme are induced in Aβ plaque-associated microglia and astroglia, respectively, in Down’s syndrome. These results suggest that the induction of these elements of the ECS contributes to, or is a result of, amyloid deposition and subsequent plaque formation. In addition, they confirm a striking differential pattern of distribution of FAAH and CB2 receptors.

The endocannabinoid system (ECS) is thought to play important neuromodulatory roles in the CNS . In normal brain, the ECS regulates synaptic plasticity via effects on neurotransmitter release and uptake and neuronal excitability.

These effects are exerted through the activation of the CB1 receptor which is the most abundant cannabinoid receptor in the CNS and preferentially located in neurons (Freund et al., 2003). Endogenous ligands for these receptors include the arachidonic acid (AA) – derived molecules arachidonoylethanolamide (anandamide, AEA) and 2-arachidonoylglycerol (2-AG).

A second cannabinoid receptor, termed CB2, was identified in 1993 (Munro et al., 1993). This receptor has a remarkably different tissue distribution compared with that of the CB1 receptor, being expressed primarily by circulating cells of myeloid lineage. However, recent in vivo and in vitro studies have demonstrated that CB2 receptors are also present in neural cells. In the brain, it has been hypothesized that the CB2 receptors are involved in regulation of cellular death or survival signaling, proliferation and migration, and thus could subserve some of the neuroprotective effects of cannabinoids (Fernández-Ruiz et al., 2007).

Fatty acid amide hydrolase (FAAH) is one of the enzymes involved in the termination of endocannabinoid signaling. FAAH is an intracellular enzyme that hydrolyzes AEA and other fatty acyl amides and, through this activity, both inactivates intracellular AEA and could also maintain a concentration gradient favoring the removal of AEA from the synaptic space. FAAH protein is abundantly expressed in large neurons (Tsou et al., 1998b) as well as in white matter astrocytes (Romero et al., 2002). In vivo and in vitro data indicate that FAAH inhibition could be a promising therapeutic strategy against excitotoxic damage (Karanian et al., 2005). This beneficial effect is likely due to both enhancements of the endocannabinoid tone and a decrease in AA generation (Cravatt and Lichtman, 2003; Pazos et al., 2004).

Following pathological stimuli, however, the expression patterns of both CB2 receptors and FAAH undergo profound alterations (Pazos et al., 2005). Recently, we reported that the expression of CB2 receptors and FAAH is induced in specific subtypes of glial cells in Alzheimer’s disease (AD) tissue samples (Benito et al., 2003). In β-amyloid (Aβ) plaque-enriched regions, activated microglia were highly immunopositive for the CB2 receptor, and activated astrocytes were highly immunopositive for FAAH. This pattern of cell-type expression of FAAH and CB2 receptors is also present in other conditions in which neuroinflammation is prominent. For example, in simian immunodeficiency virus-induced encephalitis (SIVE), both increased microglial expression of CB2 receptors, and increased FAAH expression in activated astrocytes are seen (Benito et al., 2005). Furthermore, similar changes to those in SIVE are present in samples obtained from patients with human immunodeficiency virus-induced encephalitis (C. Benito and J. Romero, unpublished observations) and patients with multiple sclerosis (MS) (Benito et al., 2007). As previously suggested, it can be concluded that neuroinflammation, regardless of its cause, triggers a common pattern of changes in the expression of these elements of the ECS (Pazos et al., 2005).

It is known that, by the age of 40, virtually all individuals with Down’s syndrome (DS) have sufficient A plaques for an AD diagnosis.

Prior to and accompanying such neuropathological changes, activated glia overexpressing neuroinflammatory cytokines such as interleukin-1 (IL-1) are a feature in Down’s Syndrome (Griffin et al., 1989). Based on the findings of early and sustained overexpression of IL-1 in DS, as well as evidence that IL-1 regulates the expression of the β-amyloid precursor protein (Goldgaber et al., 1989), it has been proposed that the neuroinflammatory response is the driving force for the later development of AD in individuals with Down’s Syndrome (Griffin et al., 1989). To determine if the neuroinflammatory responses noted in DS are accompanied by the changes in expression of glia-derived CB2 receptors and FAAH that are seen in AD and in other neurodegenerative diseases, we studied brain tissue samples from seven Down’s Syndrome and three control donors.

The most relevant finding reported in this study is the direct link connecting Aβ deposition with the increase of cannabinoid CB2 and FAAH expression on glial cells.

The known association of Aβ deposition and neuroinflammation (Griffin et al., 1995) allows our data to corroborate and expand previous reports from our group and others indicating that the ECS undergoes dramatic changes in response to neuroinflammatory conditions (Benito et al., 2003, 2005, 2007; Eljaschewitsch et al., 2006; Maresz et al., 2005). Furthermore, clear segregation in the expression profile of both elements of the ECS is consistently seen, with CB2 receptor expression restricted to microglia/macrophages and FAAH expression restricted to astrocytes. Remarkably, the expression pattern of the CB1 receptor, the main cannabinoid receptor in the CNS, remained mostly unaffected, being restricted to neurons.

From a technical point of view, our results also shed light on the use of antibodies against cannabinoid receptors. This has been a subject of debate, mostly due to the recent publication of remarkably different results in murine samples.
Van Sickle et al., 2005 and Gong et al., 2006.

Thus, it is important to note that, in human tissue sections, we only detected CB2-receptor expression in microglial cells indirect relationship with the appearance of Aβ-plaques, while control samples and young DS contained almost non-detectable signals. In our opinion, this favors the notion that CB2 receptors are normally expressed at very low levels in the healthy human brain and up-regulated in the inflamed brain only in glial cells, as previously suggested by us and others (Cabral and Marciano-Cabral, 2005; Pazos et al., 2005; Ashton et al., 2006 and 2007).

As DS can be considered a natural model of AD, the analysis of human postmortem tissue samples at different ages allows for performing a time-course analysis of the changes linked to the pathological process. It is known that almost all DS adults over the age of 40 develop AD-like pathology, including the formation of Aβ- enriched plaques (Wisniewski et al., 1985; Hof et al., 1995). In our hands, tissue samples from age-matched control brains and from child and adolescent Down’s Syndrome patients, in which there were little or any neuritic plaques, were almost devoid of CB2 staining while exhibiting prominent neuronal labeling for FAAH. No neuritic plaques were evident in these samples. DS adults (34, 48, and 51 years old), however, showed the age-related presence of Aβ-enriched neuritic plaques, with very few plaques in the cortex of the 34-year-old case and massive presence of plaques with associated activated glia in the samples from the 48- and 51-year-old patients. In these samples, the CB2 receptor and FAAH expression were evident in glial cells surrounding or co-localized with these pathological structures. Double immunofluorescence staining’s confirmed the specific induction of microglial CB2 and astroglial FAAH.

We here report an apparent relationship between Aβ deposition and CB2 and FAAH overexpression in cortical areas of Down’s Syndrome patients, although this study was not designed to carry out a quantitative measurement of such a relationship.

It is important to note that a recent report from Ramírez et al. (2005) has shown that cannabinoid agonists, acting through CB2 receptors, are capable of blocking Aβ-induced activation of cultured microglial cells in vitro.

. Furthermore, a critical role for these receptors in the A-induced secretion of proinflammatory molecules by microglial cells was raised. Although CB2 receptors are scarce in the healthy CNS (Howlett et al., 2002), cannabinoids acting through them are known to modulate microglial function in several ways. Interestingly, CB2-mediated modulation of cell function seems to be limited to microglial primed states (reviewed in Cabral and Marciano-Cabral, 2005). Walter et al. (2003) reported an enhanced migration of BV-2 microglial cells by 2-AG acting at CB2 and abnormal cannabidiol receptors and Carrier et al. (2004) showed 2-AG induced microglial proliferation via the CB2 receptor. Mestre et al. (2005) and Ortega-Gutiérrez et al. (2005) have shown that cannabinoids down-regulate microglial function and decrease the production of proinflammatory cytokines by these cells. These data suggest that activation of microglial CB2 receptors favors a proliferative, mobile state of the cells and prevents their conversion into a highly damaging, inflammatory macrophage-like state.

Particularly relevant seems to be the selective presence of FAAH in astrocytes. The present results confirm that FAAH can be postulated as a specific marker of astrocytic activation in inflammation of the human CNS.

As previously seen in AD, SIVE, and Multiple Sclerosis patient samples (Benito et al., 2003, 2005, 2007), FAAH expression is increased in activated, hypertrophic astrocytes located in the proximity of inflammatory foci, but not in non-activated astrocytes. In our opinion, the consistency of astrocytic FAAH overexpression in several neuroinflammatory conditions is highly suggestive of a specific role for this enzyme in the astrocytic function in neuroinflammation. It must be noted that this seems to be a common pattern of response for different types of enzymes involved in the metabolism of astroglial AA. Thus, phospholipase A2 and cyclooxygenase-2 enzymes are also known to be selectively upregulated in astrocytes as a consequence of chronic inflammatory processes (Sun et al., 2005). Furthermore, pharmacological inhibition of AA-generating enzymes is thought to promote a beneficial, local anti-inflammatory effect (Yedgar et al., 2006). In the case of FAAH, an additional direct neuroprotective action may be derived from its inactivation, as increased levels of AEA are known to provide neuroprotection in different paradigms of neuronal damage (Karanian et al., 2005).

In summary, the expression of CB2 receptors and FAAH is induced in glial cells surrounding Aβ plaques in patients with Down’s Syndrome, in concordance with previous observations in AD. Microglial CB2 and/or astroglial FAAH may participate in the pathogenesis of A-induced inflammation as well as constitute novel therapeutic targets.