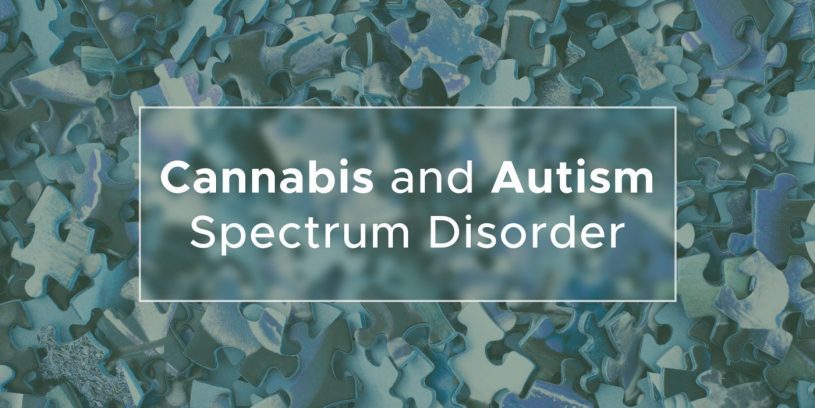 What is Autism Spectrum Disorder?

Autism Spectrum Disorder or ASD is a neurological developmental disorder that has the greatest negative impact on the development of language, communication, and social skills. In addition to communication problems, people with this disorder also have sensory issues. They find it difficult to express their feelings, they are characterized by stereotypical movements. Statistics show that autism spectrum disorder is more common among boys than girls.

About 20-30% of people with autism have also been diagnosed with epilepsy. Depression, anxiety disorders, and intestinal problems can often be diagnosed as well.

It is important to acknowledge that there are no two people with identical symptoms of ASD. In some people, autism symptoms are expressed very strongly, while in others it may be almost unnoticeable. Communication with other people and behavior varies from person to person with an autism spectrum disorder.

Because of the different symptoms in each autistic person, it is difficult to understand this disorder accurately. Having learned this diagnosis, but without knowing a person, you will not be able to say anything about it except that he probably has fewer social skills.

Some people who have been diagnosed with ASD seem to lack mental skills when others have outstanding talents in art or science at the time. It is believed that people with ASD usually do not have a lower IQ, their nervous system simply works differently.

People with ASA often have a good visual memory, focusing on certain activities that are interesting to them, attentive to the smallest details, they have non-standard thinking and understanding of certain regularities. Such people are very dedicated, often attached to specific people or things. They do not pretend and do not lie, and the tendency to uniformity makes them very organized.

The cause of autism is not clear. Autism has a genetic basis, but it can also be a cause of trauma, toxins, and so on.

Prevalence of ASD among children in select countries

In all countries, the number of people diagnosed with ADS varies. According to statistical data in 2018 in Portugal, 9.2 per 10,000 children had an autism spectrum disorder, whereas in the USA – 168 per 10,000.

Every year, the number of people with this diagnosis is growing and there is no cure yet. Because it is not a disease, theoretically it is not curable.

A complex of autism spectrum disorders accompanies a person throughout life, but there are certain remedies that can significantly relieve symptoms and improve quality of life. Even people with this disorder can be active, socially responsible and full-fledged members of society.

Finding the most suitable treatment for children is very difficult, but it is clear that individual work and various therapies benefit a lot at an early age.

When it comes to treatment with medication, selective serotonin reuptake inhibitors (SSRI) with antipsychotics are most commonly used.

There are a number of approved treatments for ASD. There are currently two medications approved by the FDA (US Food and Drug Administration) and which are designed to reduce the irritability associated with autism. But these are not drugs that help overcome communication difficulties or social challenges.

Although Risperidone (Risperdal) and Aripiprazole (Abilify) may help to relieve certain symptoms such as self-harm, outbreaks of aggression, they may also have very serious side effects, including diabetes, overweight, gynecomastia, movement problems, and heart problems. In some children, such drugs cause more harm than good.

The benefits of Cannabis for Autism Spectrum Disorder

A lot of people worldwide use cannabis and share personal stories that show the undeniable benefits of cannabinoids. Doctors are still not tended to prescribe cannabis preparations to people with this disorder.

Doctors keep stating that there is not enough evidence and clinical research, and laws and cannabis prohibitions prevent such research. There will never be an end to this vicious circle, and we will probably hear long-standing statements about the lack of research.

When ones keep asserting this, others carry out research, use and enjoy the healing properties of cannabis.

A study conducted in Israel has shown that cannabis effectively reduces epileptic seizures and behavioral problems in children with autism. A 20:1 CBD: THC medication was used.

The study included 188 children and adolescents. They were given a full spectrum extract of the same concentration, an extract with isolated cannabinoids, and a placebo.

For 12 weeks, one of two cannabinoid or placebo cannabis extracts was given to the participants. After a period of one week, a further extract was given for 12 weeks.

The participants were 2-29 years old who suffer from moderate to severe autism. Some are prone to self-harm, aggression, and about 40% of patients are completely unaffected by traditional medicines and treatment methods.

After 6 months some patients withdrew from the program, and 82.4% (155) patients completed the study.

30.1% of patients received significant benefits, 53.7%, had moderate benefits and 6.4% slightly felt the benefits of treatment. About 25% of patients experienced at least one side effect, usually anxiety (source).

A study conducted by Dario Siniscals 2013 showed that CB2 receptors of the endocannabinoid system play a very important role in reducing the symptoms of ASD (source).

The CB2 cannabinoid receptor is directly stimulated by cannabinoids such as THC, CBG, CBN, and 2-ag.

Agonists act directly on the receptors of the endocannabinoid CB2 system, and can be used to reduce inflammation and pain, in case of multiple sclerosis, Huntington’s disease, heart attack, cirrhosis of the liver, ischemia, osteoporosis.

2013 a study conducted by Dr. Csaba Foldy at the University of Naples, together with Stanford University School of Medicine, found that endocannabinoid transmitted signals to various body systems and brains are essential for the development of the body and the relief of autism symptoms.

The study found that the neuroligin-3 protein, a mutated protein, interferes with the transmission of signals to endocannabinoids and weakens the link between neurons. This weakens mental activity, brain activity and develops symptoms of autism (source).

Daniele Piomelli and Dr. Olivier Manzoni discovered that phytocannabinoids significantly increase the amount of endocannabinoid Anandamide and 2-ag. The findings of the study suggest that molecular compounds in cannabis can be useful in reducing behavioral problems and other difficulties associated with Fragile X syndrome and Autism Spectrum Disorder.

Fragile X syndrome causes mutation of the FMR1 gene in chromosome X. People born with a mutation here have mental disabilities, often with delays in movement, thinking, and language development.

These mutations in the cerebral cortex impede the transmission of endocannabinoid 2-ag signals, which play a crucial role in reducing symptoms. Scientists have found that regulating the effectiveness of 2-ag signaling can directly affect brain activity. This study shows that, in the case of autism, certain mutations have a direct effect on the endocannabinoid system and interfere with its activity (source).

It is quite clear that the biological endocannabinoid system in the body plays a very important role in ensuring good well-being and proper balance between the systems of the body.

Herbal molecules (phytocannabinoids, terpenes, flavonoids) contained in cannabis stimulate certain receptors of the endocannabinoid system and regulate various processes such as body temperature, heart activity, mood, immune system function, brain activity, metabolism, and so on. All this ensures the perfect balance of the body – homeostasis.

CBD and other cannabinoids help the endocannabinoid system to provide neurogenesis, provide neuroprotective and antioxidant effects, support neuromodulation, and, of course, reduce inflammation and damage caused by it.

Research on the safety and effectiveness of specific substances used by children will never be enough. But blindly arguing that research is missing and doing nothing is much worse than taking action and looking for a suitable remedy that can help children who are suffering.

For medical professionals who lack basic knowledge about cannabinoids, the cannabis plant will always cause fear and mistrust. Existing cannabis prohibitions will always prevent the necessary research or safe and natural cannabis products for those in need. Therefore, it is very important what each of us can do to change it.

Summarizing the research, human experience, and other data, it is quite clear that cannabis can help people with autism. A natural gift of nature that is perfect for our body can contribute to the overall improvement of emotional and physical condition, the effectiveness of therapies, and the reduction of various symptoms.

An appropriate combination of phytoactive cannabis-forming substances, their proper use, and personal work with each individual can significantly improve the quality of life of those with this disorder. In many international medical cannabis conferences and studies, the conclusion is that dosing cannabis products for children with autism should be very consistent and cautious. It is always advisable to consult with professionals, as misuse or inappropriate composition can aggravate the symptoms of autism.

Currently, mothers with children that use cannabis products know more about cannabis than their family doctors. Finally, we are happy to provide science-based and reality-based information to everyone.

Below are some of the stories heard around the world. In each video, you can see a reality that, for some reason, is not publicized in the media, and some medical professionals who are against cannabis are kneeling and trying to convince them that this is a coincidence or a placebo effect. And what do you think?

This video below is about Kara. Cannabinoids helped her manage the attacks of aggression and self-harm, improved brain function, mood and helped understand what it means to live without pain. She often consumed cannabis by vaporization.

Creed, a boy diagnosed with severe autism. Cannabis has facilitated aggression attacks and most of the severe Autism symptoms.

Cannabis extract for Alex and his parents helped to understand that cannabis is not a drug but the only medicine that brought joy to this family.