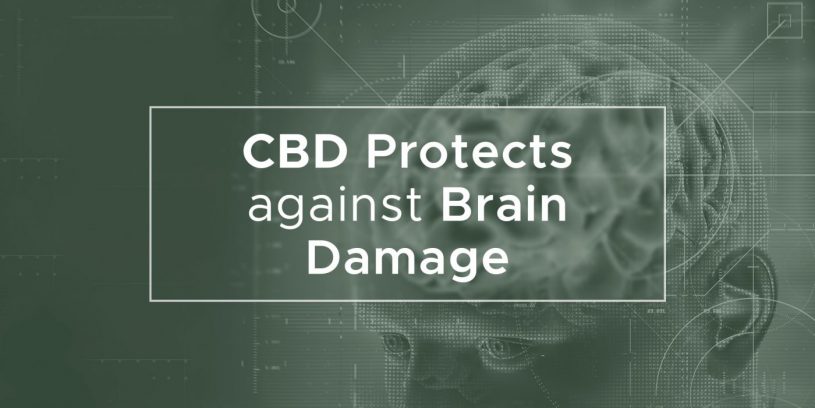 Every year, millions of babies are born worldwide with life-threatening brain injuries. One of such is Hypoxic Ischemic Encephalopathy (HIE), which develops due to complex pathophysiological mechanisms caused by hypoxic stroke. Scientists are continually looking for new and effective ways to save newborns.

Hypoxic Ischemic Encephalopathy is a clinical syndrome of dysfunction of the brain where blood circulation to the brain is impaired, and oxygen deficiency occurs.

Although rare, due to birth, asphyxia HIE is usually fatal. As a result, nearly one million babies die every year in the world. Those who survive will inevitably suffer serious complications, and many of them have mental and physical disabilities such as cerebral palsy, epilepsy and such.

A variety of factors can cause the HIE, including preeclampsia, rupture of the placenta, abnormal cardiotocography, placental abnormalities, maternal diabetes, congenital infections of the fetus or premature birth. Furthermore, medical missteps, like a failed vacuum, can cause this neurological dysfunction as well.

Therapeutic hypothermia is currently the preferred treatment for HIE. During this treatment, the baby’s body temperature is lowered to 33-34 degrees Celsius, slowing down the metabolism and giving the brain cells more time to regenerate. There is evidence that hypothermic therapy positively influences chemical reactions in the brain, protects the brain from cell death and reduces inflammation. However, for this treatment to be effective, it must be administered within 6 hours of the baby’s birth. When properly applied, brain damage or death may be prevented in about 60% cases. Even though this treatment is not effective enough, it is the only one so far (source).

Scientists Help the Little Ones

In recent years, the phytocannabinoid cannabidiol (CBD), extracted from the cannabis plant, has been increasingly used in the treatment of various medical conditions. CBD does not make you feel dizzy and differs from THC in its effects on the body, which makes it safer for babies to use.

Spanish scientist Dr. José Antonio Martínez-Orgado, Associate Professor of Pediatrics and Head of the Neonatology Division at San Carlos Hospital in Madrid, has been working with his team for several years to determine whether CBD (cannabidiol) can help save babies diagnosed with some form of brain damage known as the Hypoxic Ischemic Encephalopathy.

Use of CBD for brain protection

So far, hypothermic treatment has been the only option available to combat brain damage in infants. However, Spanish researchers are seeking to apply a cooperative treatment to pair with hypothermia.

Dr. Jose Anthonio Martinez-Orgado and his team have studied the effects of phytocannabinoid CBD on HIE. They have found, that CBD has potent neuroprotective properties, so proper use of this natural cannabinoid can be an effective remedy for neonatal brain damage.

In their initial study in animals treated with CBD alone, CBD reduced:

These three factors are the fatal triad leading to brain damage. The harm of brain damage for infants is much greater, comparing to harm made for children or adults, as the neonatal body is underdeveloped and much more vulnerable.

The first part of the study yielded excellent results. In the second phase of the study, a team of researchers paired CBD with Therapeutic hypothermia. The results have stunned them. The study found that the combination of CBD and therapeutic hypothermia almost completely reduced brain damage. Besides, CBD provided neuroprotective effects even 24 hours after the baby was born (source).

When we used these two treatments together, they reduced brain damage for almost 100%. – said Anthonio Martinez-Orgado.

How Does CBD Works in Brain

Many of these processes coincide with the working principle of therapeutic hypothermia, but CBD works more broadly. The neuroprotective effects of CBD have been demonstrated in vivo and in vitro pre-clinical studies.

CBD can also inhibit NMDA and AMPA receptor-induced neurotoxicity. CBD is a 5-HT1A receptor agonist, and stimulation of this receptor can reduce the negative effects on neurons.
In the case of HIE, newborn babies often have seizures, which are very damaging to their brains. In this case, CBD is well-known for its anticonvulsant properties, especially in cases of epilepsy forms that are resistant to standard medication (source).

The blood-brain barrier allows controlling what substances and cells can enter the brain. In the event of Hypoxic Ischemic Encephalopathy, this barrier breaks down and may lead to cerebral edema. Through the activation of certain receptors, CBD reduces the damage to brain inflammation, limits mitochondrial failure and programmed cell death. Interaction of CBD with electron transfer chain enhances mitochondrial bioenergetics and functions. CBD also reduced inflammatory cytokine levels.

Because cannabinoids have such a broad action, it is not known exactly how this substance provides these therapeutic properties. Interaction with 5-HT1A, VDAC1 and GPR55 receptors or modulation of adenosine homeostasis might be only the part of the discovery.

For more on the neuroprotective and antioxidant properties of cannabidiol CBD, see “Cannabinoids: Strong Antioxidants Necessary for Our Body“.

The Prohibitions on Cannabis Interfere with Researches

Based on all these findings, newborn studies will be launched in Spain and the United Kingdom. The research will be sponsored by GW Pharmaceuticals, a company that produces medicines containing cannabinoids (Sativex, Epidiolex). It is planned to carry out research comparing different groups of objects. Patients receiving a combination of CBD and therapeutic hypothermia will be compared with hypothermia versus placebo and hypothermia alone.

Scientists recognize that they are required to provide much greater evidence of safety than any other drug. They have to wait 18 months after the pre-clinical examination to prove that CBD did not cause any neurological disorders. All that remains is to wait until all the necessary clinical trials are done and the benefits of cannabis for HIE are officially confirmed.

Many people in the world use cannabis as a means to improve their health after a brain injury. However, use CBD immediately after birth is allowed only in maternity hospitals and under specialist care.