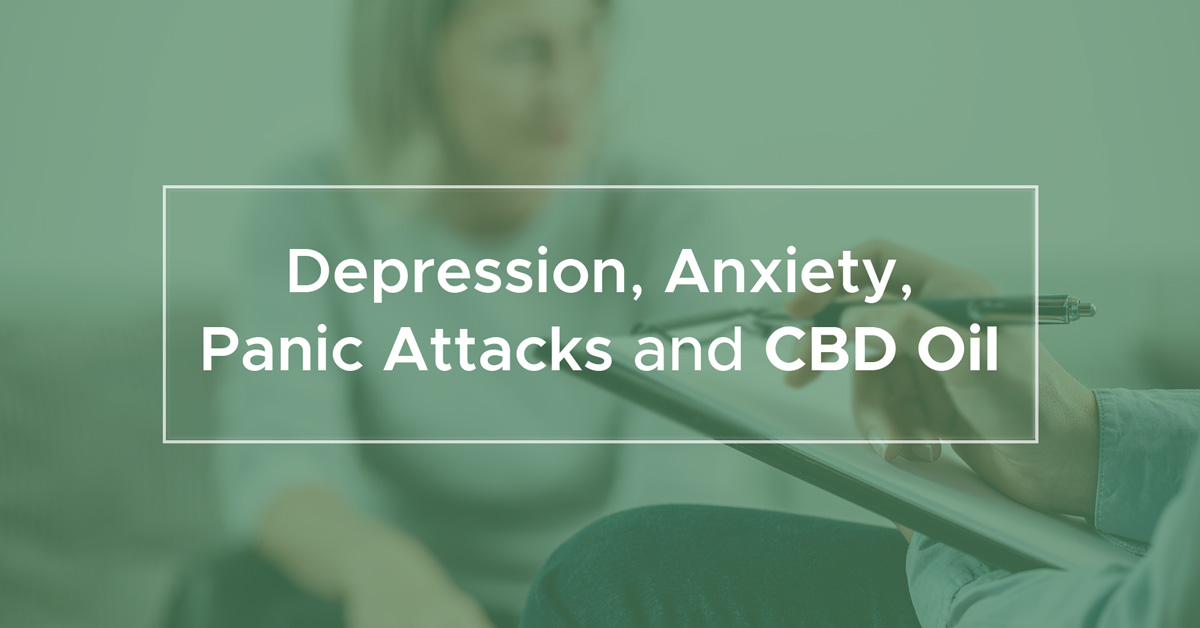 Numerous studies have shown that CBD oil can have a positive effect on the various physiological functions being carried out in the body, which is why it is quite helpful in relieving the symptoms of several types of mental disorders such as depression, anxiety or panic attacks.

According to the data of 2020 from the World Health Organization, more than 350 million people worldwide have been affected by various forms of depression.

People with psychological and emotional problems often do not seek professional help thus do not receive appropriate treatment promptly. There are a variety of therapies and medications used to fight depression, anxiety, and panic attacks. It is often difficult to tailor the proper treatment to each individual. Often people avoid taking psychotropic medications because of side effects such as mood swings, drowsiness, sexual dysfunction, appetite problems. Not surprisingly, a large percentage of people are looking for natural alternatives to synthetic drugs.

There are different types of anxiety such as:

Depression is a mental illness that also consists of many different symptoms. The onset of depression can be influenced by genetics, hormonal imbalances, medications or narcotics used, psychological trauma, or specific social factors.

The most common symptoms in people with depression are:

Depression is not just a bad mood. It is a condition in which the human brain has insufficient levels of serotonin.

CBD cannabis oil. How it works

It is very well understood that CBD can interact with the serotonin 5-HT1A receptors of our body.

Serotonin is a popular neurotransmitter that plays a very important role in maintaining proper mental health.  The lower level of serotonin is usually associated with depression and anxiety.  Different over-the-counter medications, such as Zoloft and Prozac are prescribed to maintain a stable level of serotonin.

CBD can help in boosting the production and uptake of serotonin to relieve the symptoms of anxiety and panic.  CBD has also shown to improve the symptoms of social anxiety disorder, post-traumatic stress disorder and panic disorder.  In 2011, a study was conducted on a group of people suffering from social anxiety disorder and each of them was given a dose of 400 mg of CBD or placebo.  Patients who received CBD had reduced anxiety levels.  Recent studies have shown that CBD can also reduce the symptoms of post-traumatic stress disorders such as replaying to negative memories or excessive nightmares.  CBD has also proved to be effective treatment for cognitive behavioral therapy.

A recent study has shown that an oral dose of 300 milligrams could be quite helpful in reducing the symptoms of anxiety.  It is estimated that a dose between 300 to 600 mg of CBD could be quite effective for most people.

It is important to note that the studies used CBD isolate in the form of oil and therefore required a significant therapeutic amount to achieve the desired effect.

In animal studies of generalized anxiety disorder, it was observed that 10 mg/kg have an anxiolytic effect. However, such high doses as 100 mg/kg did not show a beneficial effect. That means that moderate amounts of CBD have a calming effect, reducing anxiety and stress, but high amounts have little to no effect. Subsequent research has shown that such bell-shaped curves often occur when dosing a CBD isolate but not a full-spectrum extract.

CBD oil, made from a full-spectrum hemp flower extract, is known to work much more widely and effectively. The phytocannabinoids, terpenes and other compounds of the cannabis plant work together to create an entourage effect, thus enhancing each other’s therapeutic benefits.

The effects of CBD and THC are different

Although CBD and THC form in the same plant, their mechanism of action on our body is completely different. THC is an agonist of CB1 cannabinoid receptors, causing a feeling of euphoria. CBD does not cause this effect because it interacts with cannabinoid receptors in a completely different way. That means CBD phytocannabinoid is safer to use in people with poor mental health and in those who want to avoid the sedation effect caused by THC.

It is essential to know that chronic or high levels of THC can increase the symptoms of anxiety  or depression and add to your mental health issues.

CBD in THC oil has been shown to reduce the psychoactive effects of THC, therefore it is vital to acknowledge what composition product is being used.

Optimum Dose of CBD for Anxiety and depression

Unfortunately, there is no Universal CBD dose which may be suitable for all types of disorders and different individual.  CBD is a personal experience and its exact effect depends upon individual body chemistry and CBD tolerance.  The benefits depend on a number of factors, such as the composition of the CBD product chosen, the method of production, and bioavailability. Improper products or their misuse usually do not provide the desired benefits and can sometimes lead to adverse reactions, especially when used in combination with antidepressants.